A guide to Rome: main tourist attractions, restaurants and the best tips

Get your customers ready for the trip of their lives!

Thousands of years of history, Fontana di Trevi, Renaissance art, the Vatican, gelato, pizza, a bursting city open to visitors… there is not one word that can describe Rome. What once was the largest, most powerful city in the Western world is today one of the most popular destinations in Europe.

With plenty of historical landmarks and museums, a frenetic rhythm, and some of the best food in the world, your clients will certainly want to visit Rome, the capital of Italy, and the biggest ancient city alive.

Let’s start with the basics, what’s the best time of the year to visit Rome?

The best time to visit Rome

The Colosseum, Trevi Fountain, and the Spanish Steps… Rome is full of historical gems and attractions, making it one of the cities with the most cultural heritage in the world. Here are our top five places that your customer must see when visiting Rome!

Constructed in 80 A.D. (almost 2,000 years ago), the Colosseum is the biggest amphitheater ever built and the ultimate symbol of Imperial Rome. Once the site of gladiatorial fights, today it is one of the most iconic attractions in the city. Despite being partially ruined due to damage caused by stone-robbers and multiple earthquakes, it is, until this day, one of the favorite and most popular tourist attractions. Make sure your customers buy their tickets in advance to avoid the long queues at this unmissable monument!

The Vatican is the world’s smallest city-state and undoubtedly one of the top places to visit in Rome. The stunning Piazza San Pietro, Vatican Gardens, the famous St. Peter's Basilica, and Sistine Chapel, as well as many museums, make Vatican City a destination for a day trip.

Inside the walls of the headquarters of the Roman Catholic Church are many wondrous places to visit, including the Vatican Palace, the Pinacoteca, the Museo Pio Clementino, the Vatican Necropolis, all which offer an incredible number of historical and archaeological artifacts and awe-worthy artworks. Help your clients to plan wisely so they don’t miss any of the inspiring and simply beautiful sights.

The Trevi Fountain is certainly one of the most beautiful fountains in the world. This baroque masterpiece, built between 1732 and 1762 and located in the Quirinale district of Rome, attracts thousands of visitors every year. It is the largest fountain in the city, at 85 feet tall and almost 65 feet wide, and probably the most famous in the world, spouting more than 2,800,000 cubic feet of water a day. Make sure your clients include the Trevi Fountain in their itinerary when visiting Rome! You can also recommend seeing it both during day and night when it is spectacularly lit.

If your clients want a taste of Imperial Rome, they can’t miss the Roman Forum and Palatine Hill. The well-preserved ruins comprise some of the Ancient Rome’s most important structures. Government Houses, shrines and monuments such as the Temple of Saturn, the Arch of Titus, and the House of Vestal Virgins await visitors to this powerful setting where they will be at the heart of the ancient Roman empire.

While not as impressive as the Colosseum or Trevi Fountain, the Spanish Steps - named after the nearby Spanish embassy - offer a special view of the city from the top, with the Piazza Trinità dei Monti being a great location to see the city. If your customers want to visit in the summer you can suggest visiting in the evening, for sunset hues and a more forgiving temperature during the assent! The surrounding neighborhood is known for luxury shopping, Via dei Condotti is home to some of the most famous Italian designer stores, that also means that the area is pricey, so advise elsewhere for eating as it is an area known for €10 espressos!

Where to eat in Rome

Away from the touristic zones, Rome is a foodie paradise! Sophisticated cuisine, pizza al taglio, the best pasta in the world… the offers are endless! Here are some of the best places your customers can go to enjoy a truly Italian experience.

The chances of getting a good pizza in Rome are very high, but if your customers want to try the best-in-class Neapolitan pizza, Sbanco is the place to go. Fresh ingredients, a delicious puffy, chewy crust, and an authentic local atmosphere make this pizzeria one of our favorite spots in Rome. Suggest your clients try their fried starters too! The Supplì, Italian snacks consisting of a ball of rice with sauce, are delicious and uncommon, stuffed with carbonara or coratella.

Located near the Pantheon, Armando first opened in the 1960s, and since then this little trattoria has offered some of the most typical Italian dishes. And that, of course, includes pasta! The classic Roman dishes, carbonara, and amatriciana are simply delicious. Eating here will surely create a memorable food experience.

If your clients are looking for a fancy dinner in Rome, Aroma is the place to go. This Michelin starred restaurant offers a menu of classic Italian dishes in one of the most privileged sites of the city: a terrace that offers an unparalleled Colosseum view.  The restaurant offers two different tasting menus, one featuring some of the chef’s unique creations and another comprised of regional specialties. Both menus are built around the finest local ingredients. A true foodie experience with breathtaking views!

Pasticceria Regoli has been serving some of the best pastries in Rome for more than 100 years. Here your customers can indulge themselves with a maritozzo, a traditional roman pastry consisting of a bun topped with panna (heavy cream) or delicious tarts topped with wild strawberries and cannoli.

Gelateria del Teatro is home to some of the best gelatos in Rome. Their gelatos are almost incredibly creamy and the flavors are intense. Make sure your clients take a look into their open kitchen where they’ll see the quality ingredients they use for their gelato: using licorice from Calabria, pistachios from Bronte, and a Moka pot to brew espresso which then goes on to become a delicious coffee gelato… Mmmmm.

How to Get Around Rome

By Foot: Most of the popular attractions in Rome are close to one another, which makes it very easy and pleasant to walk if it’s not too hot or busy.

From/to the airport: A cab is the fastest option but also the most expensive with fixed fares ranging from €30 to €50 depending on the airport and the final destination. There are different coaches and buses that take travelers directly to the main station as well as a train shuttle from Fiumicino to the city center. 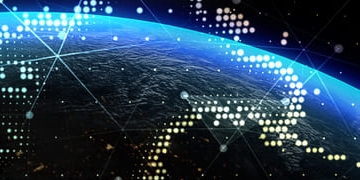 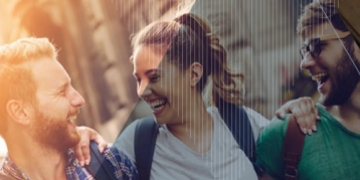