Why travel agents need to change to survive

Forward thinking is the key to future success

10 years ago, Excelsior Travel in Houston, Texas, knew they had to change to survive the changing travel landscape and compete with online travel agents. Jean Pierre Casaubon joined the company in 2014 and the focus was to invest heavily in digital marketing. All it took was a good hard look at their business and some forward thinking to transform the business to one that is seeing increased inquiries and a different customer wanting hand-tailor-made tours that bring bigger profits. Read on to discover how Bedsonline is their go-to tool when meeting the requirements of these customers.

Excelsior Travel traditionally had always been a travel agency that saw most of its revenue come from serving the city of Houston’s large South American population with airfares back to their home countries. But due to the rise of the online travel agent and dwindling numbers of travel agencies on the high streets, the owners of 26 years knew they had to “get with the program or get left behind” to survive as Jean Pierre Casaubon, Excelsior Travel’s forward thinking general manager explains.

The owners knew they had to get online to be seen and find new customers, and were spending $1800 a month with the local newspaper, the Houston Chronicle, to help with their digital marketing and SEO (Search Engine Optimization).

But the results were not what they expected and when Jean Pierre joined the agency just over 4 years ago, they leaned on his studies in visual arts and digital marketing to investigate why their investment was not seeing the return they were expecting.

After attending a meeting with the newspaper, he quickly realized where the problem lied and promptly severed ties with them.

They were selling us SEO, and their interpretation of SEO was to build a landing page on their website that linked to our website, that’s not SEO, that’s got nothing to do with SEO.

OUT OF THE BOX THINKING

Jean Pierre then, by himself, proceeded to put SEO basics right on the company’s aging website. Firstly, he listed the three shops they had in the city on Google Maps, this allowed Google to know where the three shops were located should someone do a local search.

His next move was a smart one, with some research Jean Pierre realized that all his competitors were competing over keyword search terms in English but half of the city’s population was Spanish speaking and this is where he spotted his opportunity.

Jean Pierre started to optimize the website with Spanish keywords and saw almost instant results with a big increase in traffic to the website and inquiries, but he knew to really get in Google’s good books it would take a bit more than a few keywords.

Armed with his results from his SEO exploits, he went to his management to ask for investment to build a new website. His strategy for the website was clear and one that he knew that the Google ‘spiders’ would eat up.

Google sends their spiders out each day to crawl the internet, looking at websites and their content. They love nothing more than content that is relevant, original and informative and Jean Pierre knew that if he got could crack this then the website’s search ranking would reign supreme in the area.

The Bedsonline website is constantly being updated based on the feedback we get from our clients. Log in now to see what’s changed since you’ve been gone.
Our booking engine has been built specially for travel agents, we like to think it's the most poweful yet simple platform out there. Join Bedsonline now and discover why our clients love it.
With a $5000 investment secured Jean Pierre set about creating a gleaming new website that was packed with destination content and itineraries that would be informative and helpful for the most time-pressed traveler. He knew the modern way to market was not about the hard sell, it was giving your visitors something useful and informative. In return, you get relationship with them that is built on trust as they see you as a voice of authority. The website started to generate inquiries and so they introduced their ‘Travel Agent Connect’ program to deal with these inquiries.
Excelsior Travel currently has 15 highly trained agents, each with their own area of expertise. When a visitor submits their travel inquiry on the website, they automatically get connected to two travel agents with the most relevant knowledge based on the information entered who then ‘compete for your dreams’. The travel agents each draw up a proposed itinerary for the customer to choose from. Aside from giving the customer more choice and value, the program also keeps its agents hungry for more destination content as they know it benefits them professionally."Whenever we have some downtime, we’re always online researching destinations and getting new certifications" says Jean Pierre.

Whenever we have some downtime, we’re always online researching destinations and getting new certifications.

With the new website up and running and ticking over nicely, Jean Pierre turned his attention to online advertising. Up until this point the majority of the company’s advertising had been through traditional offline channels such as radio and newspaper ads. While this was delivering some results, Jean Pierre knew there was a missed opportunity as the city’s large Spanish speaking community was not being tapped.

He started to experiment with Google AdWords, again only using Spanish keywords and within a 100-mile radius of the stores. Google AdWords displays your ads to users based on their search key terms. An advertiser will ‘bid’ for a keyword, so if it’s a popular keyword term you end up paying a lot in order for your advertisement to be seen. By using Spanish keywords, Jean Pierre knew they would have a greater chance of the adverts being seen at a lower cost.

With some experimentation and tweaking, Jean Pierre refined the strategy so his ads were only seen on mobiles and call-only campaigns. This meant if someone tapped on the ad they would call the agency rather than be taken to their website, he knew that once an agent had a customer on the phone, they had the chance to really show off their travel expertise and secure a booking.

“This is when we started to see a big difference. Last month we received over 350 quality inquiry calls from our AdWords campaigns, that’s calls over 45 seconds or more, you can give the customer a lot of information in that time!”

This new method of acquisition brought with it a new customer type. “Previously, about 80% of our business was air fares with only 20% for packages. Now we are seeing more like a 50/50 split. Not only that, the inquiries we are getting are for custom itineraries further afield like Europe and with bigger budgets.”

We have more than 170k hotels in over 185 countries globally, get access to the most comprehensive accommodation portfolio for travel agents. Join Bedsonline now.

Due to its longstanding relationships with other suppliers until last year Excelsior had only used Bedsonline sparingly, but that all changed when their sales manager, Kenneth McMillion paid Jean Pierre a visit to see how he could support the change in inquiries.

The first thing we did was re-negotiate our commission; with the rate I have now I can be a lot more competitive with my pricing.

Since then, the relationship has gone from strength to strength, with Kenneth being in constant touch should Jean Pierre need anything.

Bedsonline is now Excelsior’s go to tool when they get an inquiry that needs a custom itinerary like to Europe.

“If I want to do a multi-stop hand tailored tour that includes hotels and activities, I do everything with Bedsonline. If you don’t know the destination that well, it gives you all the information you need.” says Jean Pierre.

If I want to do a multi-stop hand tailored tour that includes hotels and activities, I do everything with Bedsonline. If you don’t know the destination that well, it gives you all the information you need.

Despite the city still recovering massive effects of Hurricane Harvey it has been a great year for Excelsior as the general manager explains “Our numbers are already better than 3 years ago, and that was a great year. Most of the city isn’t having a Christmas party this year, but we definitely are!”

The future looks bright for Excelsior Travel, and Jean Pierre knows that to continue their success they will need to ‘keep with the program’ but he knows he’s in good hands with Bedsonline and Kenneth as they will support him every step of the way.

Share this Success story with your friends and colleagues : 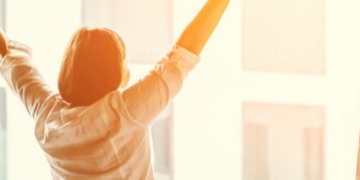 Insight
What Should You Really Look for in an Accommodation Portfolio?
Don’t forget these four factors when sourcing for an online booking engine

Insight
4 Reasons why every travel agent needs a personal Account Manager
Your account manager will help you stay competitive! 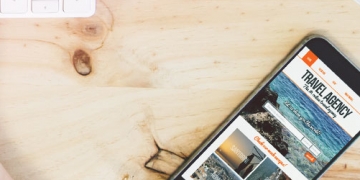 Insight
Why in 2019 the Right Accommodation Wholesaler is a travel agents greatest ally
How an online booking engine can help you solve your top challenges!