Dominican Republic Has it All

5 things that will surprise your clients in the Dominican Republic

Just two hours south of Miami, the Dominican Republic is a stunning destination for relaxing beach vacations. But there’s more to this Caribbean isle than meets the eye, and your clients will be surprised when you tell them about a few of the things they can see in the country if they venture beyond the beach.

1. A model 16th century Mediterranean village
The Caribbean meets the Med at Altos de Chavón in La Romana. This unusual sight, crafted entirely from stone, is a replica Mediterranean-style village with its own amphitheater, archaeology museum and a cultural center. Your clients can watch live music in the amphitheater – just like the Romans might have done thousands of years ago on the European continent – visit the quaint stone church, or stroll around leafy plazas and enjoy magnificent views of the Chavón river.

2. A striking modern cathedral
Basílica Catedral Nuestra Señora de la Altagracia is unmistakable. This stunning structure is not only the seat of the local Roman Catholic Diocese, but it’s also a modern architectural marvel. Made from concrete, it features an enormous, towering arch which acts as its spire with a cross on top, and a number of smaller arches featuring stained-glass windows. Inside, it’s even more imposing, but it’s not all new – the altar holds a framed painting of the Virgin Mary dating back to the 16th century.

3. The Caribbean’s largest lake
Water-related activities usually center around the ocean and the beach in the Caribbean, but Lago Enriquillo is an equally exciting body of water for exploration. On a boat trip here, your clients might spot American crocodiles, pink flamingos, and maybe even curious little iguanas.

4. Ancient cave houses
Cueva de las Maravillas is a fascinating sight. Send your clients here and they’ll get to stand among an ancient civilisaition – the Taíno, an indigenous people from the Caribbean. Thousands of years old and drawn by the Taíno, the pictographs and petroglyphs here will astonish, while stalactites drip from the ceiling and stalacmites rise from the floor.

5. 500-year-old European ruins
In the bay of La Isabela over 500 years ago, Christopher Columbus built the first European settlement in the ‘New World’. It was here that the first Catholic mass in the Caribbean was celebrated, and the explorer built his own home. Today, the site is a fascinating ruin for visitors to explore and learn about the Caribbean’s history. There’s a museum on the site, and the ancient church has been rebuilt within pretty landscaped gardens. 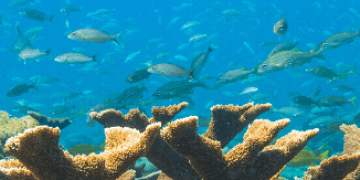 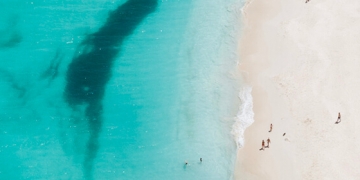 Destinations
Reasons Why You Should Book an Aruba Vacation to Your Clients
Aruba is open for Happiness once again!
May, 2021 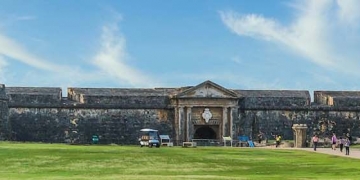