Give your customers the best tips for visiting Amsterdam. Do it like the locals!

Amsterdam, the city of canals, with its rich history and culture, unique architecture, and moderate climate, attracts visitors year-round, becoming a favorite European destination. The capital doesn’t boast crumbling ruins like Rome and Lisbon, but it does have plenty to offer at the edges of over one hundred kilometers of picturesque 17th-century grachten (canals), including some of the most important artworks in the world. Plan your customer's trip around the Dutch city with top 5 places to visit by bike.

The Dutch cycle industry grew rapidly from the 1890s onwards, but it wasn’t until the 1970s when fantastic cycle paths were developed, connecting some 400 kilometers of the city, including a path through the famous Rijksmuseum. It’s claimed that collectively Amsterdammers manage to cycle 2 million km a day, so get a bike to enjoy the ‘Dam’ as a local…

1. Rijksmuseum and museums for everyone

Amsterdam has the only museum in the world you can cycle through: the Rijksmuseum, but we do suggest you lock up your bike and go inside too. In fact, there are another 20 museums to park your bike outside including, the Van Gogh Museum where you can see iconic and influential artworks from the Dutch Golden Age, the Stedelijk which has modern masterpieces from the 20th century and contemporary exhibitions, and the MOCO Museum where you can find works by icons Andy Warhol, Jeff Koons, and Yayoi Kusama, all under one roof. For some more insight, discover Amsterdam's history through Rembrandt's Art - Private Tour, or get access to over 100 top attractions with the Amsterdam Holland Pass.

There are more canals in the Dutch capital than in Venice! And alongside them the flat land became perfect for bikes, cycling around the city by bike is designed to be easy and safe. Try the Small City Bike Tour, where travelers can simply pedal along the network of canals, to find whatever they are looking for, be it a museum, a café or a detour to see the Jordaan or Pijp districts. For a different perspective, a canal boat will offer you a less energetic discovery, perhaps the Candlelight Cruise including wine and cheese?

3. Stop by the famous flower market

The canals, windmills and coffee shops are images that come to mind when one thinks of Amsterdam, but have you heard of Tulip Mania? ‘Tulpenmanie’ was the first recorded speculative bubble, at its height a single Tulip ‘Viceroy’ bulb could be traded for the equivalent of about 10 years wages for a skilled laborer. These days the bubble is very much a thing of history, you'll see windows, restaurants, houses, and gardens beautifully decorated with tulips. On National Tulip Day in January, 200,000 tulips cover Dam square that people can pick for free, and year-round Bloemenmarkt, the world's only floating flower market, sells Tulip bulb for considerably less than in the 1600’s!

4. Take a break or picnic in the Vondelpark

After a cycling around the city, one may want to enjoy an afternoon of rest, and Vondelpark, named after the famed poet and playwright Joost van den Vondel, is the perfect place. It is the largest green space in Amsterdam, where locals and tourists unwind, enjoy a picnic, the open-air theatre, sculptures, a playground or one of several hotels, restaurants, and cafés.

Hotel Atlas is a charming three-star hotel built in 1890 right in the park, nearby is the great four-star Hotel JL No76 and on Museum Square is the number one luxury hotel in the Netherlands, the Conservatorium Amsterdam Hotel, an incredible contemporary revamp of a late 19th-century architecture, for those with more to spend.

5. Off the beaten track

Even though tourists have plenty to see and do within the city center, getting off the beaten path can give them a better perspective of the authentic Dutch lifestyle. Amsterdam offers trails that allow cyclists to explore the city's countryside almost 30 kilometers, and to discover the urban forests, parks, lakes and old villages. For those who want to see the urban and rural sides of The Netherlands with the Marken, Volendam and Edam tour by bike.

Now that you've seen some of the reasons why we love Amsterdam, and why the capital has been ranked as one the most bicycle-friendly cities in the world, you're ready to start planning your customers trip to this beautiful destination. However, if you're looking for more ideas and suggestions, don't forget to download our full Amsterdam Destination Guide, where we share the top attractions and places to eat and stay around the Dutch city. 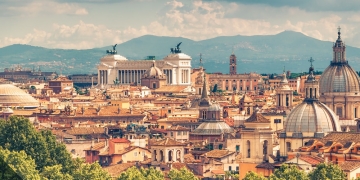 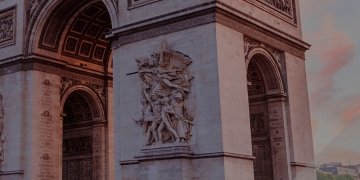 Insight
A guide to Rome: main tourist attractions, restaurants and the best tips
Get your customers ready for the trip of their lives!
About Bedsonline